This article was first published on The Daily WRAG and has been republished with permission.

In early December, I participated in another terrific Washington Regional Association of Grantmakers training from the Putting Racism on the Table series; this one focused on white-identifying people having conversations amongst themselves about race. We started by pairing with someone we did not know to share one of our biggest “aha” moments from the previous trainings. The person across from me was from the south, and her learning moment was discovering that ‘black’ and ‘white’ are social constructs. Growing up in DC, then studying anthropology, to me it is self-evident that black, white, and race as concepts are derived from culture like the sky is blue; it’s something we all think we see the same way, but upon examination we will unearth a multitude of perspectives. The sky is not blue or grey, just reflected light we perceive and collectively agree to label blue. Her statement framed the three-hour training by reminding me that if we reframe the narrative, we have the power to change the collective perception.

Expertly facilitated by Nancy Brown-Jamison and Mark Chesler, they introduced additional frames beginning with the “I” in the conversation (white woman, Jewish, mid-fifties), as well as context and impact; what is occurring, where, options for response, and desired outcomes. Mark Chesler emphasized speaking out may not always be the optimum choice. He offered alternatives such as, “that made me uncomfortable, so maybe we can talk about it sometime.” Another strategy is to identify a “wedge” person who speaks to a specific situation and can be more easily heard.

Dividing into groups of three and four, we candidly discussed racially charged situations involving family, bosses, and co-workers, classifying ourselves as being either the receiver, actor, or bystander. Sharing about being the person acting in a racist way and listening to others explore their own biases was powerful, and it emphasized how participation in these constructs perpetuates them, even without intent to do so.

Nancy Brown-Jamison and Mark Chesler stressed engaging with inquiry and clarification, listening carefully to the response, and being willing to step into the awkwardness of sharing an emotional reaction with statements such as, “you are entitled to your view, but that upset me…” They also reminded us we cannot always be a wall against racism, so sometimes you share relevant learnings and sometimes you just change the topic.

Unpacking a social construct as complicated as race takes work, patience, and time. We are exploring diversity and inclusion at the Weissberg Foundation with the objective of making continued learning of equity, diversity, and inclusion a central theme in all of our future work. My objective through these trainings is to be self-analyzing and open to critique with the goal of developing a skill set to engage others in dialogue with less fear or anger and with more empathy. 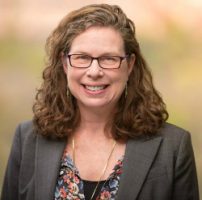 Nina Weissberg is Vice President and Board Secretary of the Weissberg Foundation.