This article by Sarah Williams is reposted with permission from the Brooklyn Community Foundation.

My 3-story house in Brooklyn is 30 feet tall. I looked that up recently because a 19 year-old friend staying with us decided to climb it.  That’s right. Climb it.  He was home alone, went into the backyard with our dog, and the door locked behind him. Frustrated, he didn’t decide to wait until we got home, or knock on a neighbor’s window.  Instead, he chose to scale the back of it, cross the top, lower himself over the lip of the roof, climb down the front in search of a spare key. And he fell.

The more we know about the adolescent brain, the more we understand how hard it is for young people to assess risk, problem-solve, and control their impulses. It is no wonder that this stage of brain development puts young people in a world of trouble on a regular basis. When we couple this with systems that do not take brain development into their program design and training, schools that use police to manage discipline instead of modeling problem-solving and mediation, a dearth of economic opportunities for young people and their families, and then add in structural racism, trauma, and a host of other external factors—we end up with devastating consequences.

I saw this first-hand when I was on Rikers Island a few weeks ago, where approximately 1300 young people ages 16-21 are incarcerated at New York City’s primary jail complex on a remote island between the Bronx and Queens. 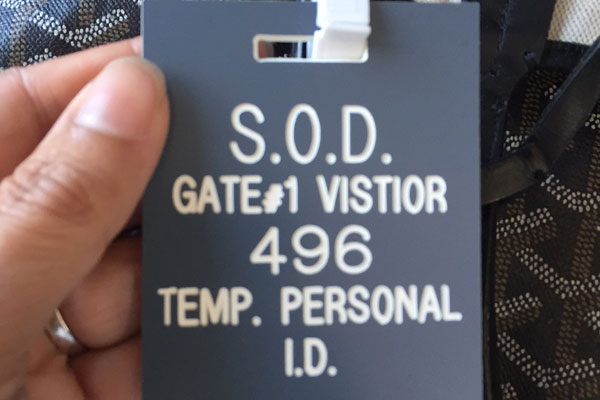 New York is one of only two states in the nation (the other is North Carolina) that continue to treat 16 year-olds as adults in the criminal justice system; it’s just one of nine that does the same for 17 year-olds. As a result, many more young New Yorkers are detained and incarcerated at places like Rikers Island, far away from families and support systems, too often leading to a lifetime of involvement in the justice system. It’s a heartbreaking reason we need to fight to Raise the Age.

I was joined on the Rikers visit, facilitated by the New York Juvenile Justice Initiative(NYJJI), by my colleagues at the Brooklyn Community Foundation. Through its Invest in Youth initiative, the Foundation supports both advocacy and direct-service organizationsthat address the far-reaching effects of young people’s encounters with the criminal justice system. Visiting Rikers was critical to understanding the full range and complexity of the issues that thousands of young people who spend days, months, and even years there must face. 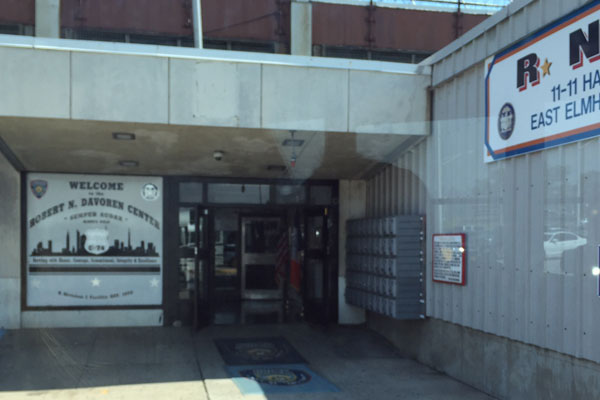 The New York City Department of Corrections (DOC) manages 12 inmate facilities, 9 of which are located on Rikers Island. DOC’s overall population is now about 10,000—having dropped from more than 20,000 two decades ago. It’s a benchmark celebrated by our optimistic yet realistic host Winette Saunders, Deputy Commissioner of the New York City Department of Corrections’ Youthful Offender and Young Adult Programming. From our visit, we also learned the following:

About 80% of the in-custody population of DOC are people detained before trial and approximately 40% of those detainees could be released if they posted bail. Bail amounts vary greatly, but on a recent morning approximately 100 people had bail of less than $1,000—a group who would still be at home if only they could afford to be.

We know that the longer someone is incarcerated, the higher their risk is for being arrested again. Young men (16-17 year-olds) as a group stay in DOC custody an average of 86 days because they tend to have higher charges than the population as a whole. (Young people with lesser charges aren’t charged as adults—they stay in the juvenile justice system and so don’t come to Rikers.) The average stay for all admissions is 58 days. About half of 16-21 year-olds could be released if they could pay bail but the average bail for this group is $78,000.

Education at Rikers is an enormous challenge, particularly providing any kind of organized curriculum with a transient population that involves all levels of educational proficiency. During the 2015-16 school year, the average reading level for 16 and 17-year-olds at Rikers was 7th grade and the majority of students at the on-site school East River Academy (part of NYC Department of Education’s District 79) were students with disabilities.

Mental health and supportive care at Rikers are critical concerns. This year—finally—the Administration for Children’s Services (NYC’s foster care) has established an office on the island so they can provide closer support for the youth in their care who end up on Rikers. Not surprisingly, trauma is a major factor in many young people’s lives on Rikers. According to a mental health administrators on the Island, many patients she sees have been previously misdiagnosed with ADHD and/or bipolar disorders, but actually have symptoms consistent with PTSD.

It was a staggering amount of information to take in and just a glimpse into the struggles of so many young people. But we were encouraged to hear about the reforms being directed by Corrections Commissioner Joseph Ponte and implemented by Deputy Commissioner Saunders, which began shortly after her appointment in 2015.

The Department of Corrections has eliminated punitive segregation (up to 23 hours of lock-in) for 16 to 18-year-olds and will eliminate it for 19-21 year-olds by October of this year. They have also instituted staffing changes that feature training new corrections officers in adolescent brain development and mediation, and are screening officers for their ability to work with young people.

And for the first time, re-entry education is offered in the 16 and 17-year-old classrooms that can be continued at community-based co-op tech programs when kids go home, along with, at least for now, modest programming for 18 to 21-year-olds. We saw an engaged group of young men enjoying a celebratory lunch after finishing a week of music editing classes. Funding for this class is currently provided by leading juvenile justice funder the Tow Foundation, and will eventually be paid for by the City, which has committed to four years of funding. It’s clear that we need to ensure that support for high-quality programming continues.

Near the end of our visit, we met Yoda, a dog who lives on the cell block with some of the young people and is part of a training program to help rescue animals become acclimated to people. Yoda provides some modicum of distraction from the small, austere cells with windows too scratched to see the outdoors and cell block showers that offer no privacy. In one of the most moving moments of the day, we saw photographs of the same young men who live in these rooms dancing with their mothers at a Mother’s Day Dance in May. It was a reminder that the community of Rikers extends far beyond those in custody, who receive over 1,500 visitors each day.

There are myriad reasons why an adolescent ends up on Rikers. Research shows that some police officers view black youth, as young as 10 years old, as older and less innocent than their white counterparts. We see the tragic results of this unaddressed implicit bias too frequently, when young people are presumed guilty from the start and pay for it with their lives. They also suffer the results of gang violence, poor schools, and limited economic opportunities in their communities. Navigating these challenges would be difficult for any of us; but can have grim and lasting results for a young person.

As for my friend who climbed our house, thankfully he survived. From the third floor windowsill, he slipped to the concrete, crushing a cement planter in my neighbor’s front yard, shattering bones and fracturing vertebrae. But his brain is intact (if humbled), and he will walk again thanks to the countless people who came to his immediate aid and have helped in his recovery. It wasn’t the first poor choice he’s made and likely won’t be the last, but his failure in judgment won’t sentence him to a lifetime of consequences that the same kids his age at Rikers will likely face for their own poor decisions.

When a young person makes a mistake—even catastrophic ones—they should be able to learn from them and build meaningful lives. Brooklyn Community Foundation’s Invest in Youth grantees are helping young people do just that at every stage along the way, even in some of the most challenging places like Rikers.

As James Baldwin says, “For these are all our children. We will all profit by, or pay for, whatever they become.”

Sarah Williams is a board member of Brooklyn Community Foundation