Every few weeks, the Weissberg Foundation features a story from one of our Reframing <Washington> Empowerment Fund grantee partners to shine a light on their critical work. Learn more about these powerful organizations by visiting their websites.

Justice For Muslims Collective (JMC) works to dismantle institutional and structural Islamophobia through raising political consciousness and shifting narratives, community empowerment and organizing, and building alliances across movements with a focus on the greater Washington region. Their vision is to build a world where radical inclusion leads to collective liberation for Muslim communities and beyond.”

On January 27, 2017 President Trump signed the first Muslim ban. JMC had just been formed at that point in order to tackle Islamophobia locally in the region. We mobilized people to show up at local airports, organized multiple direct actions in front of the Customs and Border Protection against the ban, and began learning more about the needs of Muslim community members in the greater Washington region. Earlier this week, after two and a half years of the Muslim Ban being implemented, we were able to reflect upon the growth of our work as Congress held the first oversight hearing on the ban. Due to our local presence, we served as a local anchor organization in the national No Muslim Ban Campaign.

Through our work, Sabrina Sheikh, one of our Muslim Women’s Organizing Institute graduates and a Somali-American Muslim woman, powerfully spoke alongside congressmembers and impacted community members about the ban. We also brought another DC resident, Shafika, who spoke about the painful experience of being separated from her sister in Yemen, despite moving through an immigration process of over ten years to get her sister to America. We released a policy brief on the No Ban Act, written by our Co-Director Darakshan Raja and our Strategic Advocacy Advisor Nana Brantuo that outlines the main pieces of the legislation and offers recommendations to community members and policy advocates. We also brought 25 community members and advocates together for a healing circle with our chaplain. Through the strength of our partnership, we collaborated with a local artist and cultural organizing social change organization, The Sanctuaries to co-create artwork to reflect that you cannot ban us. This example of our work offers an important insight into the multiple strategies and tactics we are deploying in order to build Muslim power locally.

Through our work in the past three years in the region, we recognize the importance of being responsive to immediate crisis and also the need to incorporate long-term power building efforts into our work. The Muslim Ban is one policy alongside numerous others that have impacted the lives of Muslims and communities racialized as Muslim in the greater Washington region. Through our robust programming and efforts in the past year, we have successfully been able to resist and build power on multiple fronts. Some of our highlights from the year include:

1. Leadership Development and Membership Launch: We graduated ten Muslim women through our inaugural class of Muslim Women’s Organizing Institute, a six-month program that covers organizing, analysis and root causes, mentorship, and the ability to lead a project. In addition, at the launch of our visual timeline, JMC launched a membership model in order to build a stronger community and offer a political home to Muslims and anyone who has been impacted by Islamophobia.

2. Community – Building and Raising Political Consciousness: We launched the first-ever visual timeline and exhibit with The Sanctuaries called, “Shattering Justice & Re-Making the Muslim Threat: A Visual Timeline of the War on Terror.” This exhibit launched in September to coincide with the eighteenth anniversary since the launch of the War on Terror in order to map out policies and laws that have brought us to this political juncture. 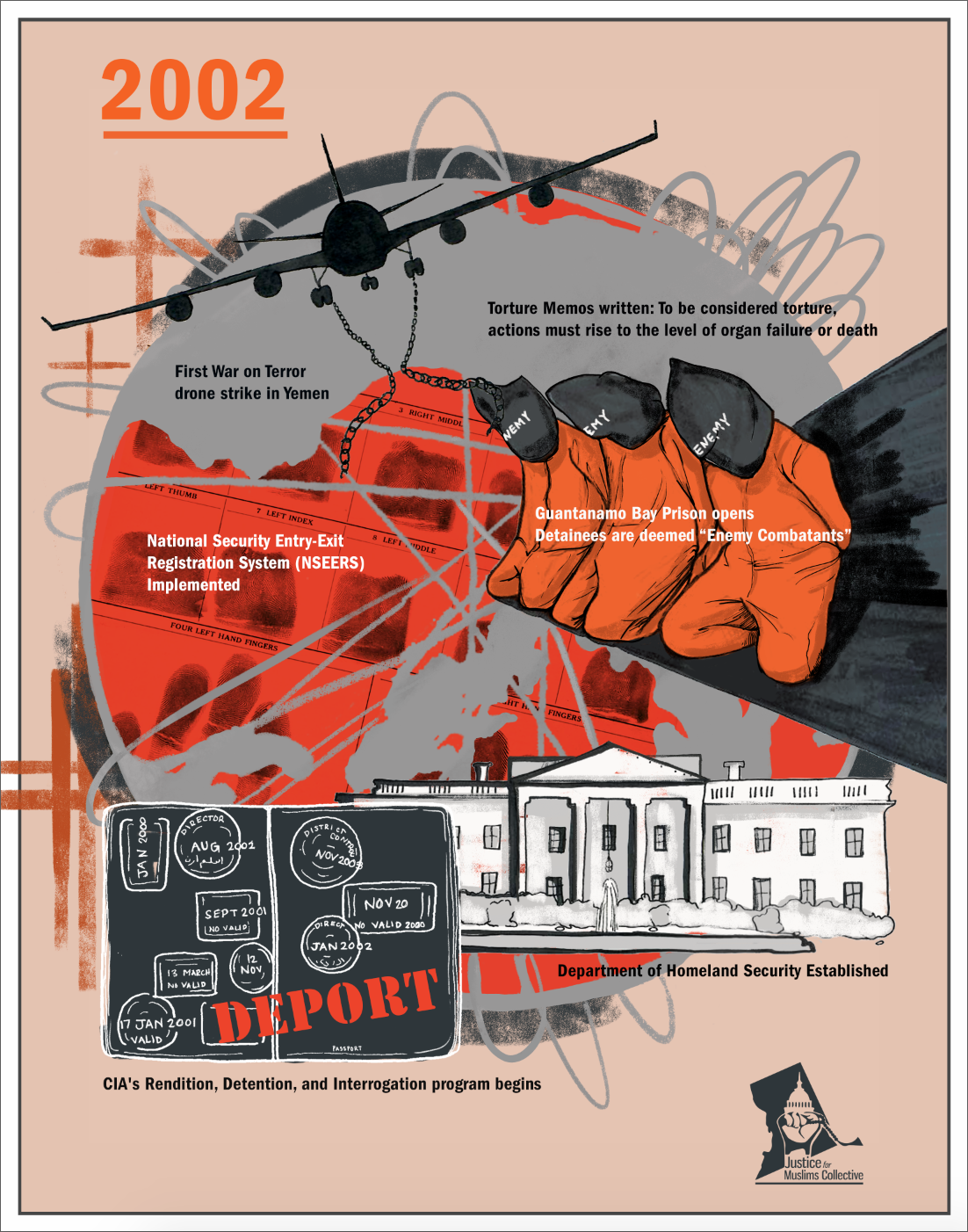 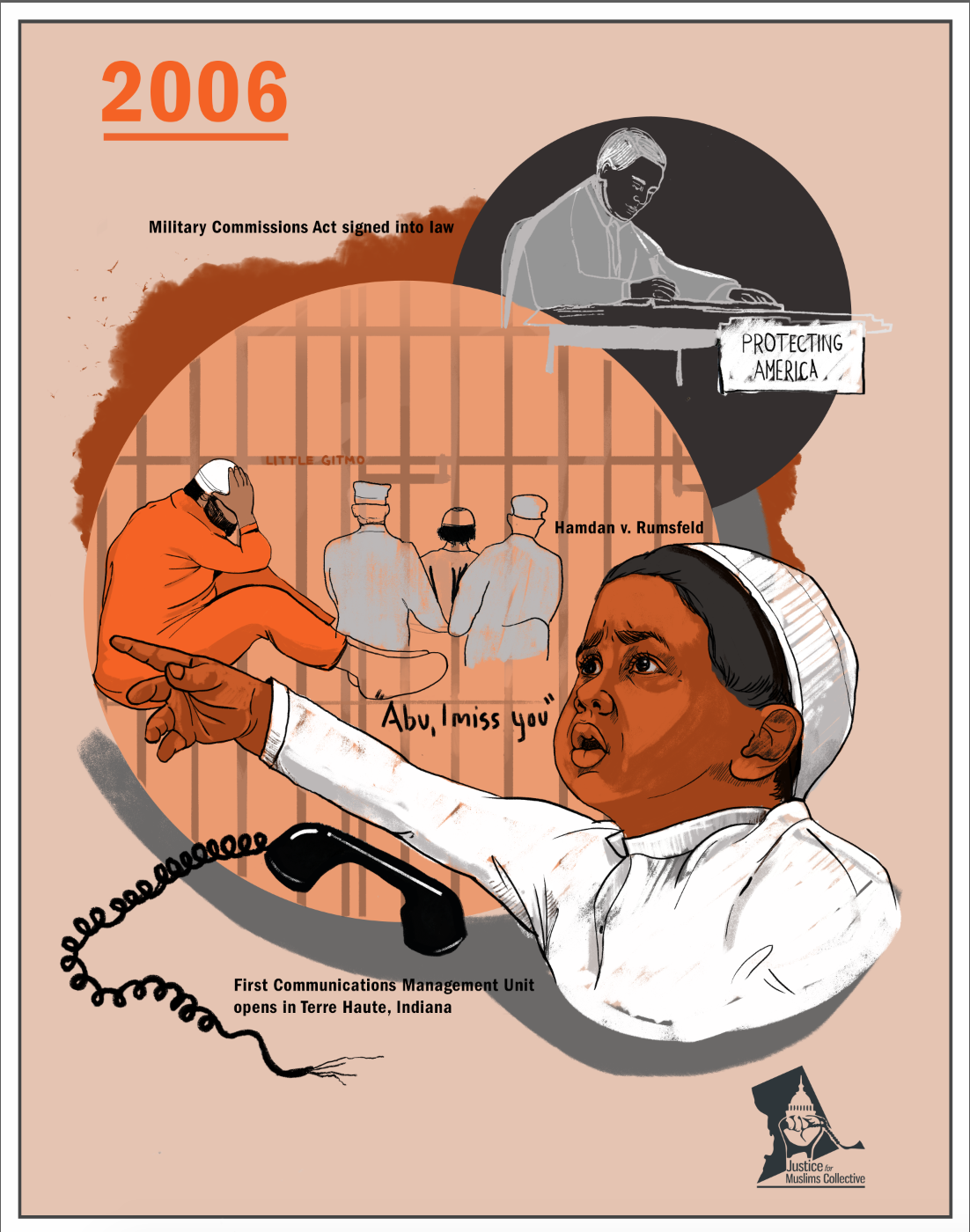 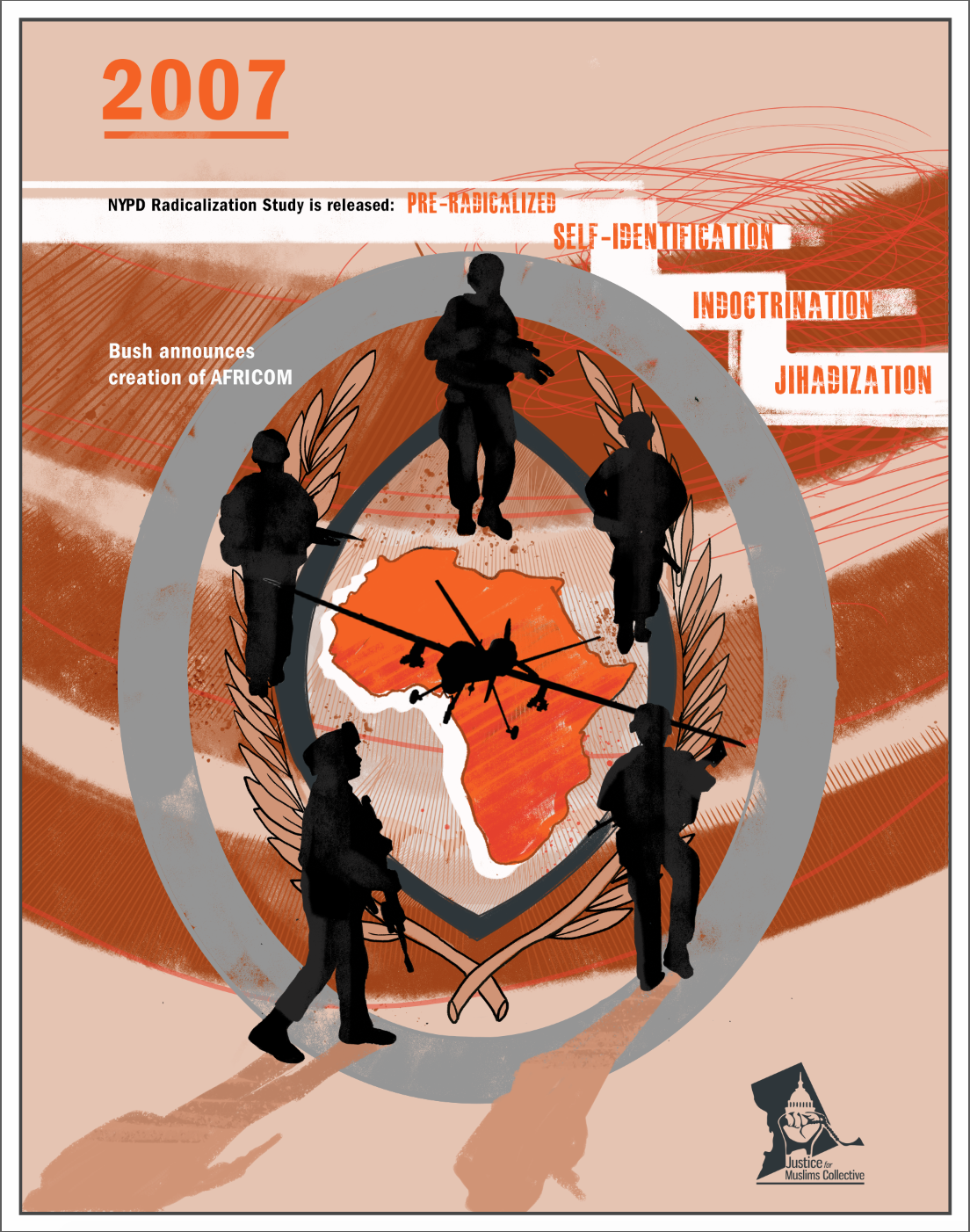 3. Community Defense: In the summer, the Trump Administration threatened to carry out raids across the country. Through community members we were informed of ICE activity that targeted South Asian workers, some of whom were Muslims. In order to build a community response, we partnered with Restaurant Opportunities Center DC and South Asian Americans Leading Together (SAALT) to organize Know Your Rights workshops for 110 community members.

a. For Us Not Amazon Coalition: JMC canvassed immigrant and/or low-income neighborhoods, reaching over 60 households, to raise awareness of the consequences of Amazon’s move to the DMV and to help residents in the area get involved in city/county meetings on housing, education, and employment – all areas of life that will be impacted by Amazon.

4. Healing Justice: We successfully developed our healing justice program (HEAL) by bringing on a part-time JMC chaplain, Yasmin Yonis, who organizes monthly HEAL sessions for community members and offers support to our internal staff, consultants, members, and the broader community.

JMC has always been and will continue to be committed to the collective liberation of our community and other marginalized communities. While we continue fighting for liberation, we hold space for two things: 1) that liberation takes time; and 2) that we will win. The government might believe that they can ban, detain, deport, torture, and dehumanize Muslims at this juncture in time, but we will continue building our power until you can’t ban, deport, disappear, and dehumanize us.

Darakshan Raja is the co-director of Justice For Muslims Collective where she focuses on development and programming. She also currently serves on the Board of Consumer Health Foundation. Darakshan holds a MA in Forensic Psychology from John Jay College of Criminal Justice.

Dr. Maha Hilal is the co-director of Justice for Muslims Collective where she focuses on political education and organizing to challenge institutionalized Islamophobia. She earned her doctorate from American University in Law, Justice, and Society. The title of her dissertation is “Too damn Muslim to be trusted”: The War on Terror and the Muslim American response. She received her Master’s Degree in Counseling and her Bachelor’s Degree in Sociology from the University of Wisconsin-Madison.